[collection introduction]: Liu yucen (1904-1969), good at ceramic pastel flowers and birds. In his early years, he was influenced by Huahe's painting art, and his middle age was deeply impressed by Ren Bonian and Xinluo mountain people's painting art essence, and gradually formed a fresh and elegant painting style. Yucheng, Yucheng, etc. He is also called Dan lake fishing, and after sixty years, he is called Qiao Weng. Zhai name Jue box, drink ice. He was born in Poyang County, Jiangxi Province. Because of the fierce battle between the Taiping Army and the Qing army in Anhui Province, the ancestors fled from Taiping County of Anhui Province to Jiangxi Province. His father, Liu Haiqing, was born in Poyang and was a copper craftsman who made a living by making bronze wares. In Poyang County, under the influence of a nearby painting shop, Liu yucen studied painting from viewing to learning painting. He also studied in a private school for several years. In 1918, he changed his nationality from Boyang to Jiangxi Provincial A-type industrial kiln school in Raozhou. 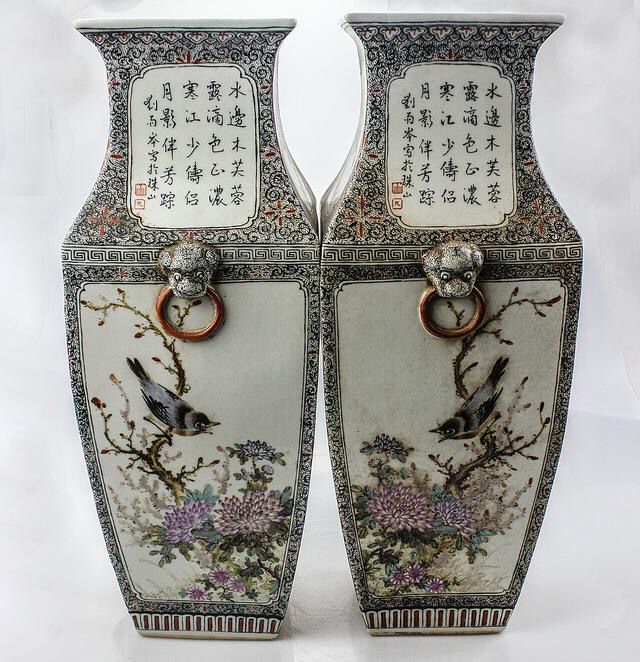 After graduation in 1921, he continued to learn Chinese painting from Mr. Pan Taoyu, which laid the foundation for his ceramic art creation in Jingdezhen and initiated his ceramic art career of more than 40 years. In 1922, Liu yucen left Boyang to develop in Jingdezhen. He met and married Zhu Qiuxia, the daughter of Zhu Shouzhi, a ceramic family. Since she was a child, Ms. Qiu Xia learned to draw porcelain statues from her father. After her marriage with Liu yucen, she also painted porcelain statues. Gradually, under the guidance of Liu yucen, she began to paint porcelain art works such as flowers, birds, animals and so on. Zhu Shouzhi, Liu yucen's father-in-law, had a close relationship with Wang Qi, a master of porcelain painting in Jingdezhen at that time. Wang Qi appreciated Liu yucen, who was also modest and eager to learn. He had no children under his knees, so he took Liu yucen as his adopted son. This is the "father son pair" in the "eight friends of Zhushan". 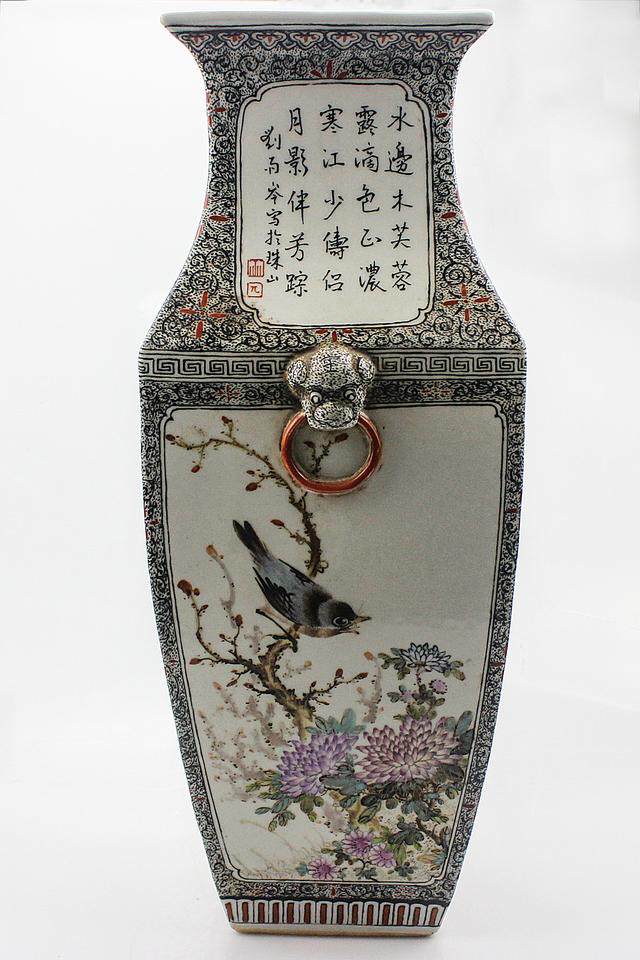 Before and after that, Liu yucen also helped Wang Qi to establish "Porcelain Art Research Society" and "moon circle meeting". Liu yucen paid attention to experiencing life in his long-term artistic career of flower and bird painting. In order to observe the habits and dynamics of flowers, birds, insects and fish, a flower bed was set up in front of the dormitory to plant peony, and myna and goldfish were raised in the courtyard. At the same time, the cultivation of literature, poetry and calligraphy was also emphasized. He wrote a lot of poems in his life. Until the eve of the cultural revolution, he practiced writing stone drum inscriptions and other inscriptions every day and practiced his basic skills. His ceramic art works in his youth were extremely meticulous, and his porcelain plate paintings of flowers, birds, grass and insects, such as cock and cicada, were exquisite and lifelike. After middle age, he learned the skills of Yun Nantian, Ren Bonian and other Chinese painters who did not have bone techniques and took part in writing. The flowers and birds they painted were simple in layout, elegant in color and beautiful in color. 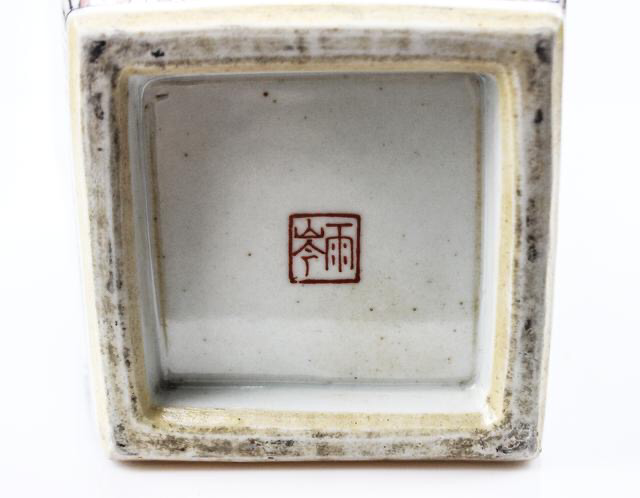 Liu yucen of the Republic of China pictures of flower and bird bottles, the old saying goes: there are birds from the Eastern gentleman's country, flying all over the world, across the Kunlun Mountains, drinking the mainstay, washing feather weak water, not staying in the wind, the world will be peaceful. It has the following features: the front of the dragon, the back of the tiger, the beak of the swallow and the beak of the chicken. Up to nine thousand miles, the clouds are clear, and the sky is dark. It's called Phoenix. Legend has it that Phoenix does not peck at live insects, do not break grass, do not live in groups, do not go to filth, and have no Wutong. Set a hundred birds of beauty and a body, for its head also. Since ancient times, Phoenix's birth has been accompanied by auspicious omen, symbolizing auspiciousness and immortality, so it is also known as the immortal bird. 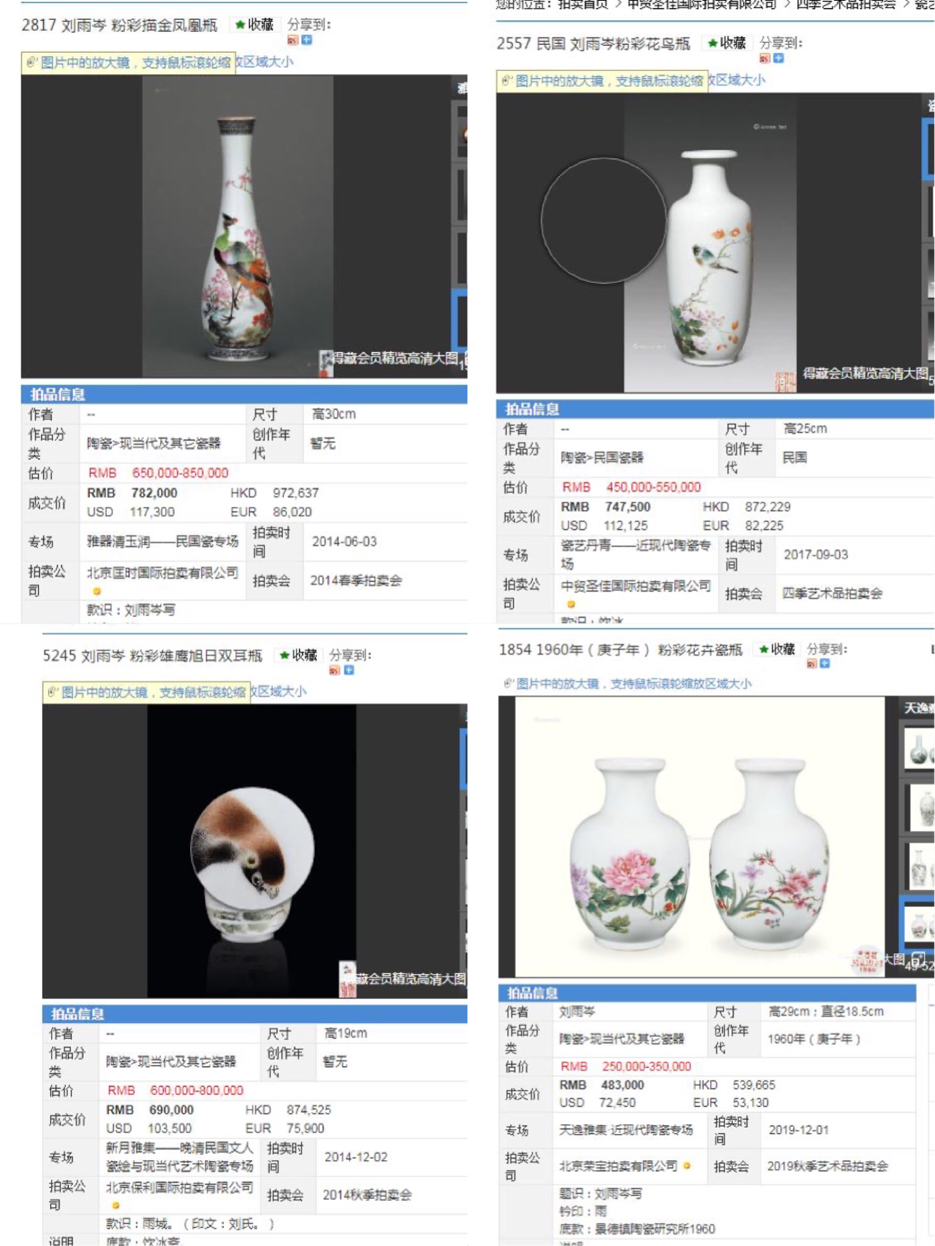